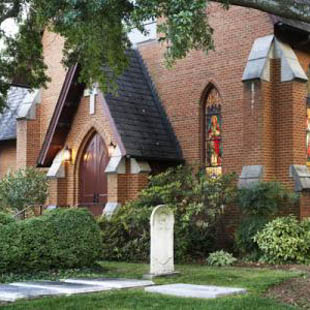 The congregation was founded in 1820 by summer residents from Charleston. In 1825, Vardry McBee, who was an early industrialist in Greenville, gave 4 acres (1.6 ha) for the church. The cornerstone was laid on September 15, 1825.